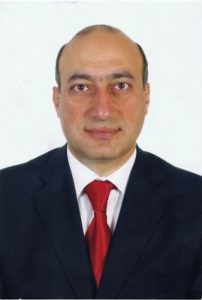 Fady BOUDAGHER is a global communications specialist who has consulted for, and
worked with, some of the world leaders in hospitality, education, culture, logistics,
event management, and tourism. Born in the town of Mrouj, Lebanon, Fady has
special approval from the Austrian Government to keep his Lebanese Nationality,
while also holding Austrian Citizenship.
Fady was appointed as Honorary Consul Of Innsbruck in May 2018 and he is married to
Sandra Rassam.

A graduate from International Tourist Management in Austria, Fady holds a BA in Management and Marketing.
Fady is licensed by the Ministry of Tourism as an Official Tour Guide. Since 2000, he has served as a Member
of the National Council of Tourism within the Ministry. In 2003, Fady Founded the World Committee for the
International Festival for Lebanese Emigrants which saw hundreds of participants converge during the
festivals of 2003, 2004, 2009, and 2010 which included national and cultural concerts, award nights, and
customized tours called ‘Discovering Your Roots in Lebanon’. His other activities include serving as President
of OUR LADY of Lebanon Scouts, and a Committee Member of the Maronite League, plus he was the Vice
President of ‘Radio Amateur Lebanon’ (his call sign is OD5OD), and a Member of the Lebanese-Austrian
Association which was formed to encourage cross-cultural interaction and business transactions. Fady
designed and convened a media tour to Austria, which visited several cities. The journalists returned to
Lebanon and featured a range of stories about Austrian business and cultural connections.
Keen to share the richness of the Lebanese traditions globally, and to maintain the cultural heritage and
traditions of the Maronites which date back 1,500 years, Fady founded (and is the President of) the
Maronite Cultural Centre formed by Decree of the Lebanese Government, backed by Cardinal Rai, the
Patriarch of the Maronite and Antioch Church. Furthermore, to preserve Lebanon’s heritage , for the First
time in the world Fady Organized the World LEBANESE DABKE Championship” 9 Lebanese Dabke groups from
all over the world: Australia, Mexico, Argentina, Chile, USA, South Africa &amp; Canada were invited to compete
to win the cedars wood trophy.
In addition to his community duties, Fady saw an opportunity to found a special tourist attraction aimed at
promoting the Lebanese heritage. In 2007 he designed and developed a 27,000 square metre village
comprising restaurants, a church, farm, playground, parkland, and function centre. He called it ‘Hayda
Lebanon’ which aims to promote all things pertaining to Lebanese heritage. Open all year ’round, this
Village showcases Lebanon’s deep history. More information at HaydaLebanon.co .
To assist a range of Austrian Companies to advance their business connections and to expand their
promotional scope, Fady acts as their trusted commercial representative in Lebanon.
Fady owns several companies including a tourist publication (Tour in Lebanon Magazine), and a tourist
agency (Tours Are Us), plus a souvenir production company (Lubnaniyat) which created a concept called
‘Take Lebanon Home’. His experience includes management consulting to the owner of a five-star hotel,
boasting 300 rooms. Fady assists with international communications, ideas for major events, plus general
operations and customer service matters. 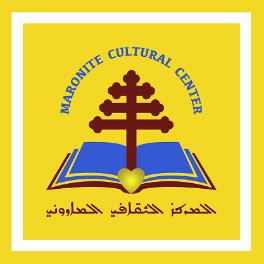